How to Spread Holiday Cheer Without the Waste Pt. 3: Dining 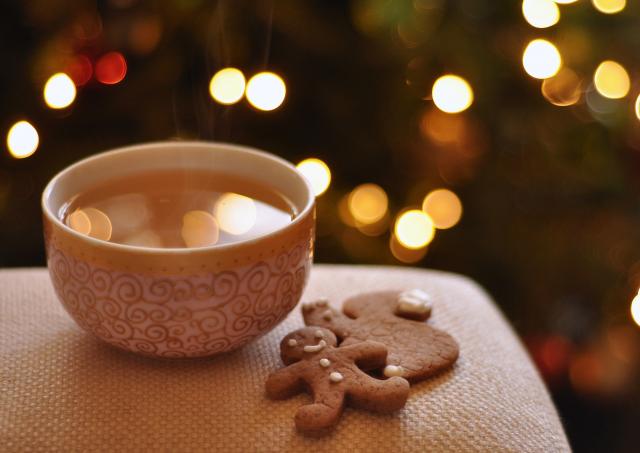 Welcome to the third part of our series on reducing waste during the holidays! Check out Pt. 1 & Pt. 2 and enjoy these tips on dining sustainably:

Support your local farmers and economy while reducing your carbon footprint! There are a number of crops that grow in winter. For instance, in Florida, winter crops include kale, broccoli, and cauliflower, among many others. So instead of buying of buying foods that were grown thousands of miles away, buy from more local sources.

Did you know that over 6 million tons of non-durable plastics, such as plastic forks, cups, and spoons, are thrown away each year? And just because that waste goes to the landfill, doesn’t mean that’s where it stays. In fact, about 80% of waste found in the oceans comes from land-based sources, with 90% of that being plastic. But you can help! This holiday season, cut back on your waste production by using reusable dinnerware. And when it’s time to do the dishes, put on your favorite music, bring out the sponge and towles, and have a dishwashing party! Did I mention you’ll also be saving money?

3. Use cloth towels instead of napkins

Though paper towel waste is not nearly as damaging to the environment as plastic waste, its production causes significant damage. The paper industry uses more water than any other industry to produce 1 ton of product, and the production of 1 ton of paper towels uses 17 trees ad pollutes 20,000 gallons of water. To support the paper towel consumption of the US, over 51,000 trees are cut down, which presents significant damage to the environment. According to the Norwex Movement, iif each household in the US used just one less 70-sheet roll of paper towels, then 544,400 trees would be saved each year. So instead of spending excess money on disposable napkins, provide reusable towels. When you’re done with them, just throw them in the wash and reuse them next time, saving you money and saving the trees!

Food waste is a tremendous issue in the US, with 40% of all food produced being uneaten, which totals to be up to 160 billion pounds of food wasted in a single year. And the US uses 10% of its energy budget, 50% of its land, and 80% of its freshwater to produce its food. All of that for 160 billion pounds (that’s 80 million tons) of the food to be wasted. What’s worse is that, in the US alone, 41 million people face food insecurity. So this holiday season, consider donating what you can a local shelter. Help the environment and people in need.

Going along with the food waste issue, though food is compostable, it doesn’t break down properly in a landfill, as it doesn’t get enough oxygen, thus breaking down anaerobically and producing methane, a greenhouse gas, as a byproduct. You can help reduce your carbon footprint by composting your scraps. You could compost it yourself, give the scraps to local farmers, or donate it to a local composting organization.

6. Include lots of veggies

Responsible for 13-18% of the global anthropogenic greenhouse gas emissions, animal agriculture has a significant impact on the environment. Ruminant animals (ex. cattle, goats, and sheep) produced about 48% of greenhouse gases from food consumption in 2016, with poultry, seafood, and eggs producing 14% of greenhouse gases. Meanwhile, vegetables, fruits, and grains, only produce about 12% of greenhouse gases combined. Now, I’m not saying you have to go vegan. You can still cut down on your carbon footprint by reducing the amount of meat you consume, especially if you cut back on red meats. Plus, there’s the added bonus of veggies and white meat being healthier and cheaper!

As you’re baking and cooking for the holiday season, skip the parchment paper and plastic wrap! Instead of using parchment paper when baking cookies, use a silicone cookie sheet liner. It’s reusable, which helps the environment and saves you money in the long run. Got some dishes you need to cover and thinking about using plastic wrap? Instead, consider covering those dishes with beeswax wraps, cloth bowl covers, or silicone lids. They’re all reusable, and they can help you reduce your waste production, your spending, and the hassle of dealing with plastic wrap clinging to itself.