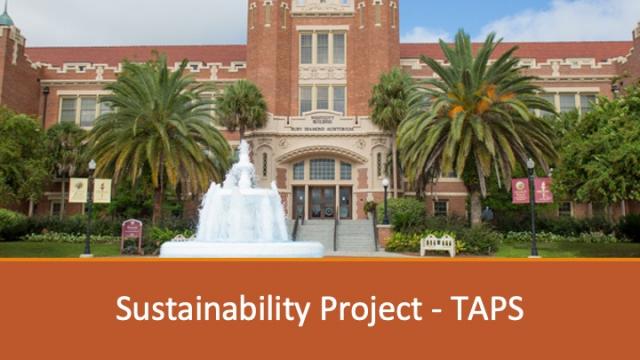 In Summer 2021, Michael worked with FSU Transportation and Parking Services (TAPS) to create a social media marketing plan for the upcoming Fall semester. Michael joined the Sustainability Fellows program because he was interested in making a positive impact on the FSU community before graduation.

Michael worked with Antira Akins-Farmer, TAPS Assistant Director, and other members of the TAPS team to reduce vehicle demand on campus and increase student usage of campus transportation alternatives, including buses, bicycles, Rideshare, and SAFE connection. Michael was tasked with creating a marketing framework that the TAPS team could implement in the coming semester as students returned to campus.

Over the course of the summer, Michael created several marketing and communications products to address specific challenges, which included: 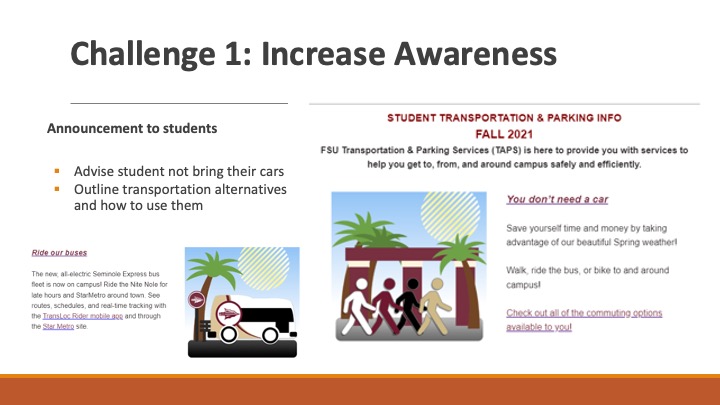 “As a student, I never drove,” said Michael, “so I didn’t know anything about TAPS as a group. Getting to work with the team was great, and I loved getting to learn more about the behind-the-scenes things at FSU. I didn’t know we had electric buses, and I didn’t know we had all these options for students to get around campus when they don’t want to take their cars.”

The TAPS team believes that Michael helped set the department up for success by creating a plan that can take them into the future. They plan on utilizing many of the elements Michael provided and integrating them into their Fall communications.

“Working with Michael was awesome,” said Anitra. “He was very independent, and he collaborated well with the other team members on the project. I’d offer him a position in transportation if it was available, and overall, I think he was outstanding.” 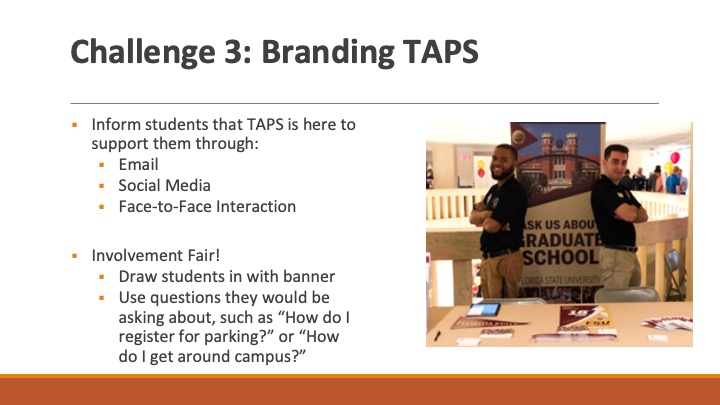