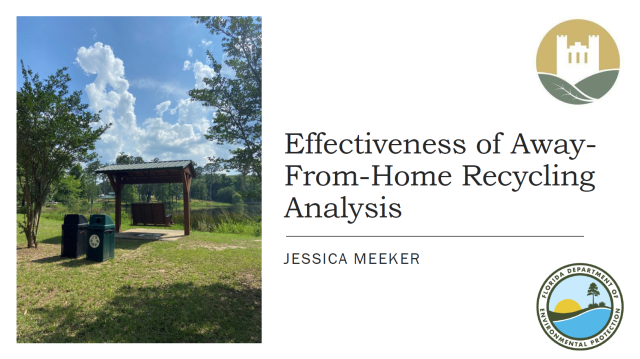 Project: Away from Home Recycling Analysis

Jessica worked with Karen Moore, Environmental Administrator, and other members of the FDEP’s Division of Waste Management. Over the course of the semester, Jessica studied Meridian Park, Tom Brown Park, and Messer Park. 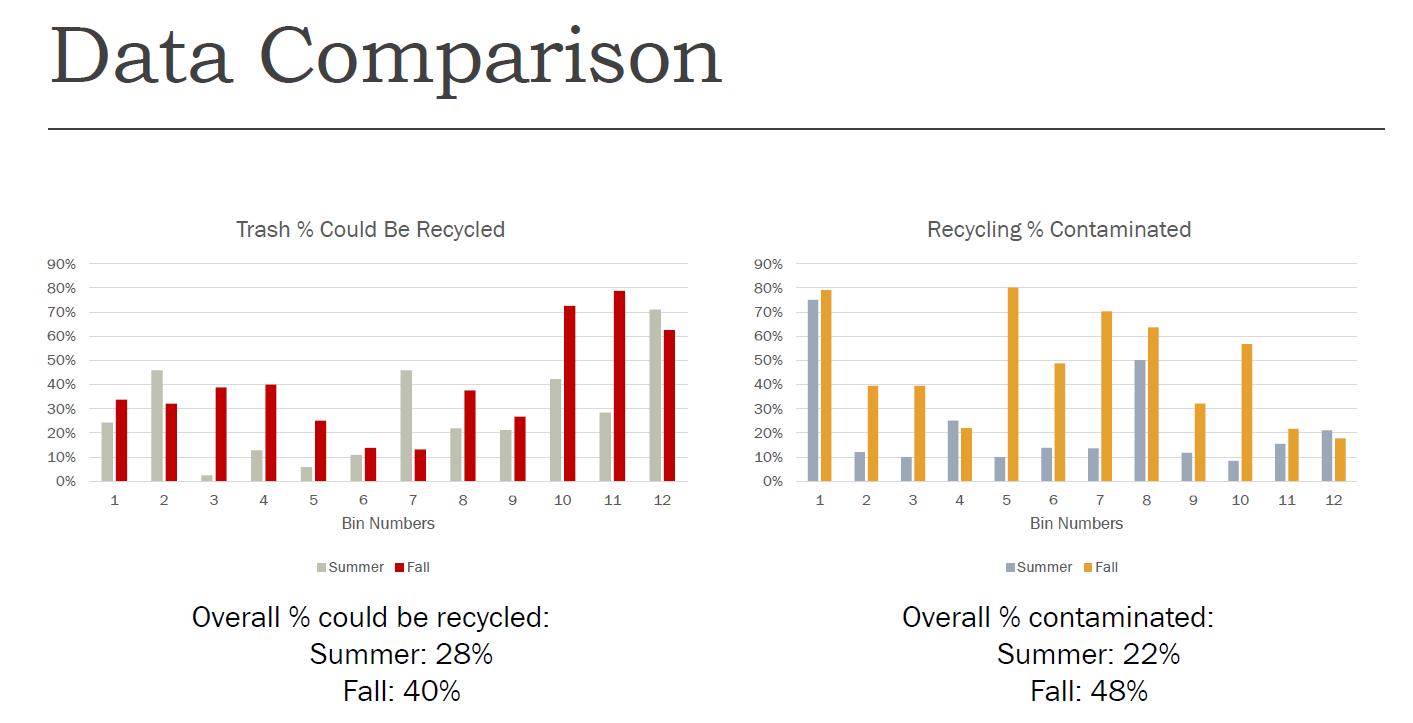 “The biggest challenge was the pace at which changes were made,” said Jessica. “It was fairly slow.”

Jessica noted that further improvements could include placing educational signs above recycling bins, improving bin labeling, and providing more consistent bin coloring and co-location. She also recommended that sports teams using the parks could be educated about the proper disposal of litter.

“We started this program because we understand that away from home recycling isn’t happening in the state of Florida, so we needed to get the data firsthand to make a case for it,” said Moore. “Jessica and the other Fellows have helped us push our mission forward through this data. Jessica was our boots on the ground, talking to employees and checking in to make sure that changes have been implemented.”

The FDEP Division of Waste Management plans on having further conversations with the City of Tallahassee’s Parks and Recreation team and aims to implement similar changes across the state of Florida.

To learn more about the FDEP's Division of Waste Management, visit floridadep.gov/waste.